A New Look at a Very Old Character 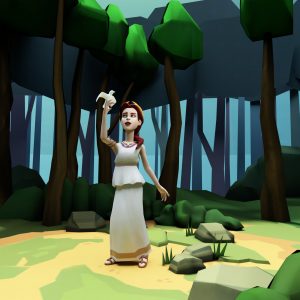 Mighty Aphrodite! The Web Series is Krypton Radio’s first animated series. We know this is counter-intuitive. A radio station doing animation? Say what?

But these days if you’re doing something creative, you need to be open to working with every medium. Everything overlaps now, and Krypton Radio is already printing news stories every day to go along with the radio station that reaches geeks and nerds in 194 countries around the world. The stage is the stage, no matter what form it might take.

We suddenly find ourselves in the business of making daydreams.

We believe our Mighty Aphrodite! The Web Series is the first time the goddess Aphrodite has ever appeared in any serialized story of any kind starring the Goddess Aphrodite as the main character since the original myths were written thousands of years ago. She’s always either been one of a crowd of other characters based on the Greek gods, or had a more subtle role as a guiding principle for some other character rather than being a character herself.

The series came about while just playing around with this interesting animation program called Plotagon to see what could be made with it. Noodling around with it on my cell phone at about 1 am on a sleepless night in May produced the beginnings of the first story, which later became the pilot episode. In June, we launched a Kickstarter to pay for the first three episodes. We hit goal in 24 hours, and reached almost double the funding we needed by the end of the 30 days.

Mighty Aphrodite! The Web Series is a ground-breaking web series. Using a combination of  machinima (using Plotagon) and conventional animation (using Maya), each four-to-six minute episode is an exercise in minimal storytelling, using full-on animation only when there is no choice for moving the story forward. In Episode 2, for example, Ben and Aphrodite must walk in the marketplace, Zeus must lift up an oil lamp, then come from behind a counter and hand Ben a bag of coins, and Aphrodite must rise from a stool near a shop to greet Ben as he returns with packages he’s bought. All of these moments required manual intervention, and a complete recreation of the look and feel of not only the scene settings and props, but the characters themselves.

This is a groundbreaking approach because it lets us produce episodes at a tiny fraction of the cost of conventional animation, while still retaining enough of the power tools we need to tell complete stories without crippling compromise. To our knowledge, this is the first animated series ever to use this idea. We may not be the last to use this method, but we’re pretty sure we’re the first.

Writing for a Goddess

The reason might be that she’s hard to write for. The legends of the goddess Aphrodite are replete with racy or ribald tales of her misconduct with various gods and mortals, and she seems more like a force of nature than a member of the Greek pantheon. There are even multiple aspects of Aphrodite, and she was known by more than a dozen different names depending on where in the Greek empire you went.

Plato believed there were two separate goddesses both named Aphrodite.

All of these aspects of Aphrodite make for a very complicated character, with some features of her personality seemingly diametrically opposed and incompatible with others. How you felt about Aphrodite as an ancient Greek depended largely on what kind of a life you’d had and how you viewed the world.

So how do you write for a character whose behavior runs the gamut from beloved deity to monstrous apparition? 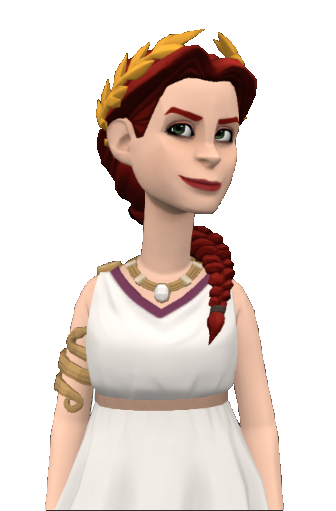 Like most of ancient Greece, in our version of Aphrodite, we choose light.

In our version of the goddess Aphrodite, we’re focusing on the good parts of who Aphrodite is as a character, and as a person, and at times making her deal with the consequences of some of her poor life choices. Still, the purpose of a goddess is to inspire, and this Aphrodite believes that love really is the answer to everything. She and her new boyfriend Ben go out into the world together to save that world, one heart at a time.

Ben is the level headed foil for Aphrodite’s spontaneous nature, but as the story begins, he’s trying as hard to figure out his new life as Aphrodite is. Everything she does has something to do with a mystical, spiritual world Ben has never seen before. Every new thing about Ben’s life is just as much a mystery to Aphrodite, though, and while she tries hard to adapt and learn, she’s a long way from Athens.

While Aphrodite tends to put people in a good mood wherever she goes, she doesn’t have this affect on everyone. There are doubters and skeptics about who, for reasons of their own,  would love nothing more than to see Aphrodite fall.

Stories we like are led by characters we care about. Aphrodite is powerful, yes, but vulnerable too. Moreover, she’s trying to live down the parts of her past she’s not proud of, yet struggles with those same impulses every day. She’s a lot like us. At the core of things, her being a fish out of water makes her no less a goddess, though, and it’s her compassion that lights the way, not only for herself but for everyone around her.

On our best days, in our best selves, Aphrodite is a part of who we all are as human beings.  In the end, that’s really what we want in our heroes — fallability, but the courage to keep trying anyway.

So, we’re keeping that part of the legend of Aphrodite and focusing on the good she represents, and the uplifting stories she can help us tell.

She’s saving the world, one heart at a time. We think that’s a story worth telling. 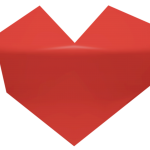